The principle of hydraulic power to carry out work has been around since ancient Egyptian times, but as systems have evolved, so too have the tools required to design and develop these sophisticated, often critical circuits.

From the earliest manometer invented by Evangelista Torricelli in the 1600’s to the mechanical Bourdon gauge and finally today, the piezoresistive pressure transducer, developers have always sought the best equipment to measure pressures and optimize the design. And in recent times automotive engineers, in particular, have come to rely on these high-quality, accurate pressure sensors when carrying out vehicle testing and development.

These current pressure transducers are typically capable of recording full-scale deflections from about 350 mbar to 700 bar under sustained temperatures ranging from -40OC to 150°C; and best of all, quality sensors such as those produced by STS, are capable of a hysteresis and repeatability of typically around 0.001%! 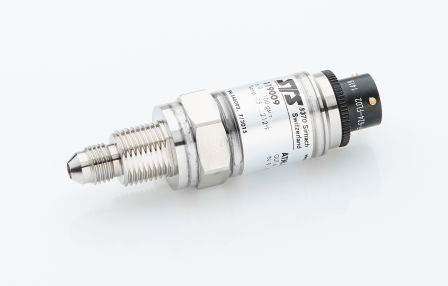 Image 1: High precision pressure transmitter ATM.1ST with accuracy of up to 0.05% FS

High-quality pressure sensors are used in the development of key automotive systems.

This level of repeatability is critical in the design and development of cooling and fuel delivery systems, amongst others. During development, designers rely on stable pressure measuring equipment to accurately record information so that the effect of even the smallest of design changes can be documented without concerns that the sensor is incapable of repeatable results.

In a recent redesign of an engine cooling system to take advantage of the reduced parasitic losses made possible through electrification, the engineering team at a luxury OEM was initially faced with a pressure drop across the pump of around 250kPa. Before a redesign of the new electric pump was possible, accurate pressure measurements had to be recorded allowing engineers the opportunity to identify the problem. After studying the results logged by the array of pressure sensors the design was modified, reducing the drop to less than 100kPa and cutting the parasitic losses by 500W.

And although electrification and electronic controls are playing increasingly significant roles in vehicle systems, hydraulic pressure is still relied upon to guarantee smooth operation of many critical circuits.

By way of example, during the development of an automatic transmission, port line pressures have to be measured in real time and then compared to design norms to confirm that design parameters are being met. At the same time, shift times and quality are measured and subjectively evaluated to ensure drivability and performance meet customer requirements.

Notwithstanding the value of high-quality pressure sensors in recording valuable data during testing and development, in industrializing future technologies these tools can also significantly reduce design costs.

Pressure sensors make sure future technologies measure up to expectations.

In an attempt to improve the performance of severely downsized engines, manufacturers are taking advantage of the additional power 48V electrification offers, by replacing the turbocharger with an electrical supercharger.

Being a maturing technology, not much research and testing data are available to engineers wishing to optimize eCharge superchargers. Although fluid dynamics and electrical engineering provide a sound platform from which to build, it’s still vital that theories are validated under real-world test conditions.

To achieve this, manifold pressures must be mapped to optimize engine performance while maximizing the energy recovered from the exhaust gas. For this, extremely accurate pressure sensors that provide precise readings over a wide range of manifold boost pressures and temperatures are required. These sensors must also be resistant to vibration and chemical degradation.

And while manufacturers around the world continue to carry out research into electric vehicles, several groups are considering ways to harness hydrogen to generate electricity instead of relying on storage batteries.

Although small PEM fuel cells commonly operate at normal air pressure, higher powered fuel cells, of 10kW or more, usually run at elevated pressures. As with conventional Internal Combustion Engines, the purpose of increasing the pressure in a fuel stack is to increase the specific power by extracting more power out of the same size cell.

Typically the PEM fuel cell operates at pressures ranging from near atmospheric to about 3Bar, and at temperatures between 50 and 90°C. While higher power densities made possible by increasing the operating pressure, the net system efficiency may be lower due to the power needed to compress the air; hence the importance of balancing the pressure to the requirements of the particular fuel cell.

As with ICE boost pressures, this can only be done by taking accurate pressure measurements using high-quality pressure sensors. These measurements are then compared to the fuel stack outputs to minimize the parasitic losses while optimizing the gains in electrical output.

So, irrespective of the course the automotive industry chooses for future technologies, accurate pressure sensors will remain key to the development of safe and efficient vehicles.