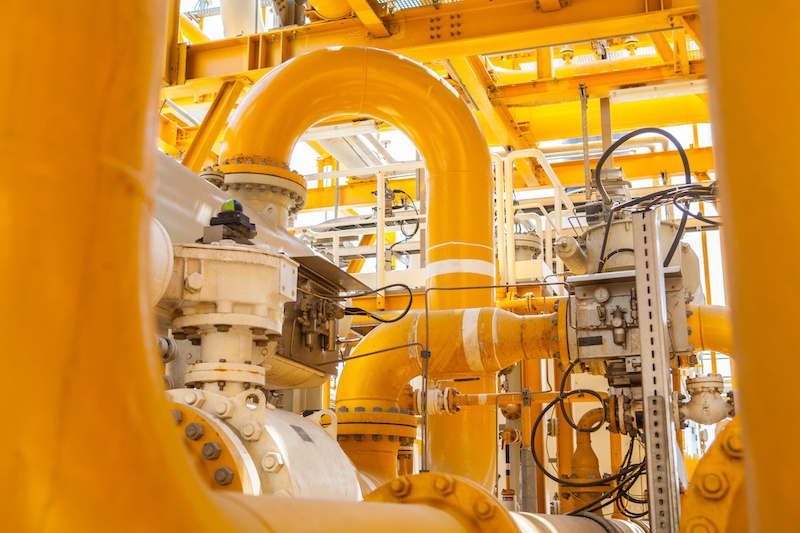 Gas consumption is calculated using gas meters measuring the flow volume. Since the density of gas, and thus its volume also, is both pressure and temperature dependent, the measured quantity can deviate due to the prevailing  pressure or temperature. The gas volume, depending upon pressure and temperature, can be described by the formula p · V/T = Constant (p: pressure, V: volume, T: temperature).

Whilst the pressure with which gas flows through the pipes can be relatively easily controlled and monitored, this is not the case with the temperature. The resulting differences in density have an influence on the measured flow rate. What remains negligible here to the normal consumer due to relatively light usage becomes an important cost factor to those major consumers.

With the Measurement Instruments Directive (MID), an EU-wide guideline for measuring instruments was issued to establish a uniform approval procedure for all EU states and some other nations. Further objectives of the directive include a one-time and unified test for the approval of measuring instruments, as well as a uniform and transnational regulation for initial calibration. With these designated, transnational regulations an even better product quality is striven for and a level playing field ensured. Ten types of measuring instruments in the sphere of legal metrology are covered by the MID, with the requirements for gas meters and volume converters laid out in Annex MI-002.

Pressure and temperature must be taken into account when calculating exact gas quantities. And this requires appropriate sensors in the gas meters. Instead of the volume, the gas mass must be indicated, since this is the more precise measure in light of fluctuating density. To reliably determine this, it is necessary to measure both pressure and temperature and thus determine the density.

There are two types of pressure and temperature sensors to be connected to gas meters. In the first variant, the pressure transmitter is screwed onto the gas-delivery pipe and connected to the gas meter by means of a cable. In variant two, however, the sensor is installed directly into the device (the specific example below describes variant two).

The pressure ranges used for gas metering generally fall between 0.8 and 3.5 bar (absolute) and 2.5 to 10 bar (absolute). The requirements in terms of precision are enormous: Demanded is 0.2% of the measured value at temperatures from -20 °C to 60 °C. This figure, however, cannot be achieved with conventional pressure sensors. To maintain this level of accuracy, computational compensation must be applied. For this reason, STS supplies its pressure and temperature transmitters not only functionality-tested, but also parameterized (coefficients for polynomial compensation).