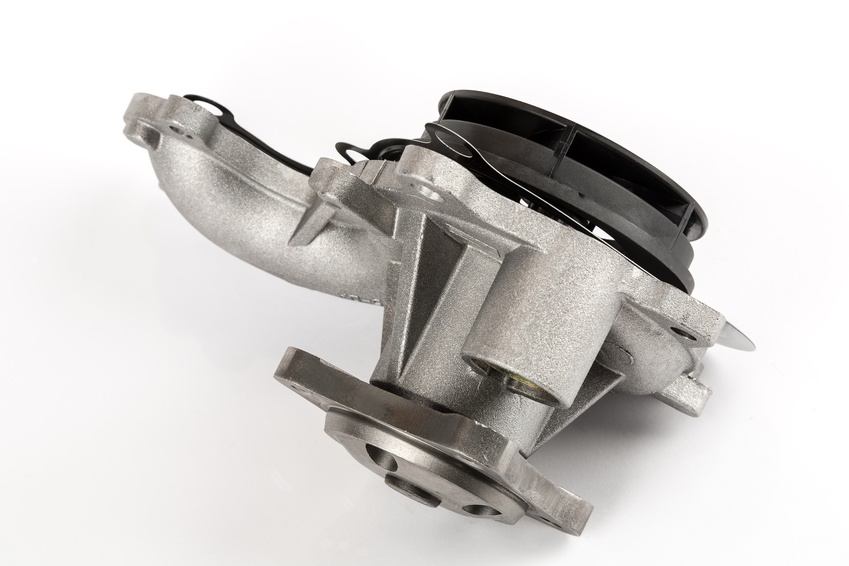 All internal combustion engines experience significant energy “loss” due to the inefficient conversion of chemical energy into heat and subsequently, kinetic energy. Even a modern F1 engine is relatively wasteful when it comes to converting the power available from the fuel/air mixture into power at the rear wheels. This is measured in terms of ‘thermal efficiency,’ and is typically in the region of 30%: that’s to say, if a typical F1 engine produces slightly under 650 KW on the dyno, something like another 1500 KW does no work in propelling the car.

So where does it go? A small percentage is turned into the distinctive sound of an F1 car. The vast majority, though, must be dissipated as heat from a number of areas: for example, the oil dispels around 120 KW and the water system 160 KW. The inefficiencies of the gearbox will mean it has to dissipate around 15 KW, while the hydraulics represent a further 3 KW.

In these high-performance engines, the coolant systems are commonly pressurized up to 3.75 bar and have a boiling point around 120°C.

In the modern passenger car, coolant system pressures are characteristically in the order of between 0.9 to 1.1 bar, raising the boiling point by about 22°C  resulting in an engine coolant operating temperature of about 100°C.

At the same time, a typical water pump can move a maximum of about 28,000 liters of coolant per hour, or recirculate the coolant in the engine over 20 times per minute, whilst drawing off up to 2 KW in parasitic losses.

These figures are well known and have been used as a rule of thumb by automotive engineers for over 100 years: But downsizing to meet ever tightening emissions requirements, and the proliferation of hybrid electric vehicles are changing the rules.

Manufacturers are studying, in depth, all parasitic losses in an endeavor to increase the efficiency of current and future powertrains. This includes a relook at the coolant system, and in particular the mechanical water pump.

Whilst the decoupling of the water pump from the engine achieves significant savings, it basically requires a requalification of the entire cooling system’s performance; including the operating pressures under varying temperatures, and engine speeds.

With the delivery of the electric motor no longer directly proportional to the engine speed, but rather dependent on the engine’s requirement it’s important that, during development, the cooling system pressure be monitored at all times. This ensures that components such as the radiator and water hoses remain in the safe operating zones.

During the development of what is principally a new technology, mapping the system’s pressure requires highly responsive pressure sensors of unquestionable quality and accuracy. There are a handful of specialist pressure transmitter manufacturers that meet all these requirements.

While these sensors have to accurately record data, they also need to be robust: The operating environment demands that they function faultlessly over a wide temperature range, and withstand vibration and exposure to chemicals.

Although currently mostly fitted to high-end models such as BMW and Mercedes Benz, this technology will rollout to other segments as new models come to market. And all of these will have undergone the same stringent cooling system qualification to ensure durability and safeguard the very costly engine.