Smoother than a Roller, better than a race car: Active suspension comes of age 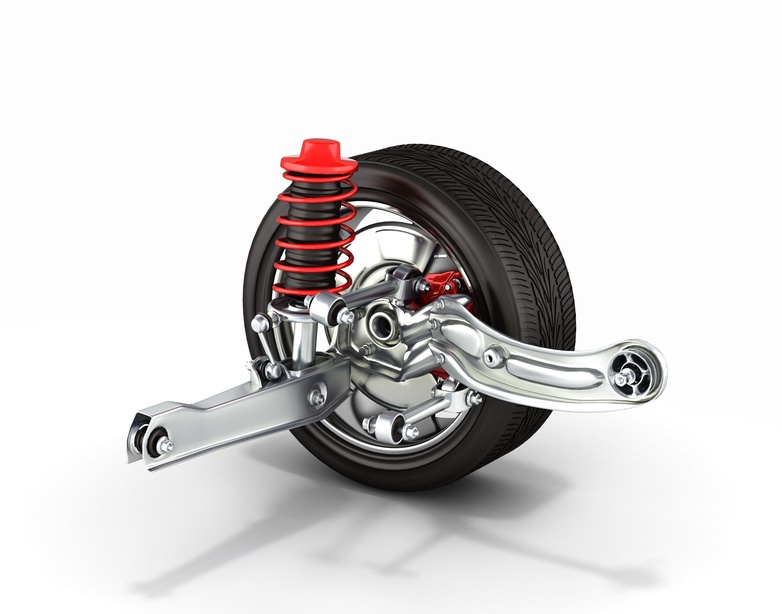 Colin Chapman is regarded as an automotive visionary in racing circles: His two noteworthy achievements in the technological stratosphere known as Formula One racing, were the development of “Ground effects” and “Active suspension.” Both of which were subsequently banned from F1, but adopted and developed for road cars.

Even the early road going iterations of the Chapman penned active suspension showed significant gains over their semi-active counterparts.

However the early Lotus system, which used hydraulic rams to move the wheels, cost thousands of dollars, added 150 Kilograms, and required about four Kilowatt to drive the system’s 140 Bar hydraulic pump. Furthermore, the system couldn’t respond quickly enough to smooth out the small sharp bumps that plague most roads.

In trying to smooth out the bumps in developing hydraulically interconnected suspension (HIS) it was obvious that the optimization of the system lay with control and response of the actuators that regulated the wheel movement. Not only did these need to generate the forces involved in supporting the car, traversing rough terrain and negotiating turns in the road, but they also had to react in a fraction of a second: And key to this was the operating pressure of the system and how this was controlled.

To achieve the performance and response targets engineers had to overcome several challenges, including:

The pressure sensors used during development had to be of laboratory quality and have a very quick response to changes in pressure. Even today there are only a handful of manufacturers that are capable of manufacturing these high quality components to the standards required by the industry.

Although the hydro-mechanical HIS active suspension improved exponentially, the costs involved in achieving the response time were staggering, limiting the systems to a few top-end sports and luxury cars.

It wasn’t long before manufacturers began turning to electronic processors and control units to exercise precise control over the hydraulics controlling the actuators. This has finally empowered the engineers to precisely control the pressure routed to individual actuators thereby improving response time and performance over a wide range of operating conditions.

That’s exactly what Mercedes Benz’s Magic Body Control (MBC) does. A camera situated at the top of the windshield scans the road ahead, analyzing its flaws and blemishes, and feeds that data directly to the Active Body Control (ABC) system’s control unit. The camera scans the area 4.5 to 13.5 Meters in front of the car, and can detect and measure imperfections as small as 10mm. In doing so, the system knows exactly what the tires will encounter, fractions of a second before the event. This allows the active suspension time to prepare the suspension for the appropriate ride-control.

Using the input from the cameras the MBC can even “retract” a wheel prior to impact with a pothole, thereby preventing the wheel from dropping all the way into the hole. This obviously does a great deal to lessen the impact and improve the ride quality.

Even though active suspension has been integrated into the larger ADAS (Advanced Driver Assist Systems) architecture, many systems still rely on the precise control of the hydraulic line pressure to achieve the desired ride and handling. And at the root of this is a high quality pressure sensor that provided the development engineers with accurate data, upon which they could base the algorithms that control the modern active suspension system.