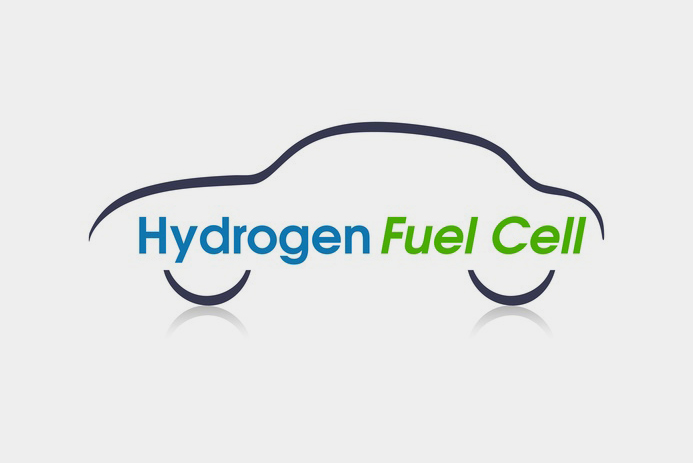 While Electric and hybrid EVs are firmly entrenched as maturing technologies much development is still needed in storing the electrical energy in a safe, convenient and cost effective manner. As a potential solution to expensive storage batteries most manufacturers around the world are studying ways of harnessing hydrogen to generate electricity to drive the electric traction motors.

Fuel cells consist of MEAs (membrane electrode assemblies) sandwiched between separators. An MEA is a solid polymer electrolyte membrane with catalyst layers applied to it.

Since one cell yields less than one volt, several hundred cells are connected in a series to increase the voltage. This combined body of cells is called a fuel cell stack.

As with conventional Internal Combustion Engines, the purpose of increasing the pressure in a fuel stack is to increase the specific power, by extracting more power out of the same size cell. Ideally, the extra cost, size, and weight of the compressing equipment will be less than the cost, size, and weight of simply getting the extra power by increasing the size of the stack.

In the case of ICEs the advantages clearly outweigh the disadvantages. However, with fuel cells the advantage/disadvantage balance is much narrower. Above all, this is because there is little energy in the exit gas of the PEMFC, and any compressor has to be driven largely or wholly using the precious electrical power produced by the fuel cell.

The simplest type of pressurized PEM fuel cell is that in which the hydrogen gas comes from a high-pressure cylinder. In this design only the air has to be compressed; the hydrogen gas is fed from a pressurized container, and thus it’s compression ‘comes free’. This method of feeding hydrogen to the anode is known as deadening; implying there is no venting or circulation of the gas – it is entirely consumed by the cell.

However, the compressor for the air must be driven by an electric motor, which of course uses up some of the valuable electricity generated by the fuel cell. Typically, for a 100kW system the power consumption will be about 20% of the fuel cell power. As in ICEs, for optimal efficiency the compressed air also needs to be cooled before entry into the PEM cell.

Balancing the pressure to optimize performance

As this is a young evolving technology the reliability and durability of these “supercharged” fuel cells need to be tested and developed if it is to be widely adopted. Hence there is considerable research and development taking place to improve the performance and lifespan.

Testing under controlled conditions is an important step towards the viability and uptake of fuel cells. Detailed measurement data is crucial as input information to create models of the fuel cell operation. Yet, in spite of widespread interest, suitable measurement techniques are still only in the process of being developed.

Typically the PEM fuel cell operates at pressures ranging from near ambient to about 3 bar and at temperatures between 50 and 90°C. High power density is achieved at higher operating pressures but the net system efficiency may be lower on account of the power needed to compress the air. Higher air temperatures also increase power density, but may pose a significant challenge for water and heat management, especially at lower operating pressures.

Therefore selection of operating temperature and pressure of the automotive PEM fuel cell system must be based on (a) high net system efficiency, (b) small component size, and (c) neutral or positive water balance so that the vehicle does not have to carry an on-board reservoir.

The increase in power resulting from operating a PEM fuel cell at higher pressure is mainly the result of the reduction in the cathode activation overvoltage, because the increased pressure raises the exchange current density, which has the apparent effect of lifting the open circuit voltage (OCV), as described by the Nernst equation.

However, as previously mentioned this supercharging comes at the expense of the power that the pressurized fuel cell produces, hence the importance of balancing the pressure to the requirements of the specific fuel cell. As with ICE boost pressures, this can only be done by taking accurate pressure measurements using high quality pressure sensors that are painstakingly calibrated to the environment.

These pressure measurements, recorded with laboratory grade sensors supplied by STS, are then compared to the fuel stack outputs to minimize the parasitic losses while optimizing the gains in electrical output.

As automotive hydrogen fuel cell technology matures and data collected from real-world trials is used to produce predictive models, engineers and researchers will no doubt gain a better understanding of the complex inter-relationship between, temperature, pressure and efficiency: But in the meantime this research will rely heavily on quality sensors recording accurate data.