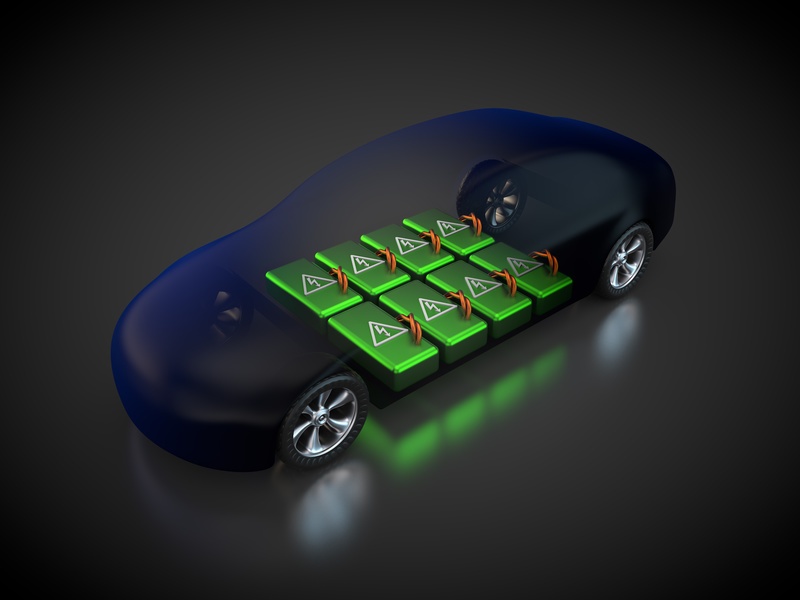 We’ve all seen the video clips of laptops inexplicably bursting into flame, or read about the Chevy Volt that erupted in a blaze weeks after completing a crash-test: Known as ‘thermal runaway’ events, these occurrences in Lithium Ion batteries are not only spectacular but also extremely dangerous.

But in order to implement an efficient fluid cooled heat sink design for an electric or hybrid vehicle battery it’s important to determine the battery’s temperature and heat flux profile through testing and recording values at multiple locations. This is done using thermocouples during the charge and discharge cycles of the battery.

As soon as this profile has been recorded, a“half-heat sink” model is created using modeling software such as PTC Creo Parametric 3D.In so doing the proposed paths of the fluid flow channels can be laid out to create the desired cooling channel cross-sections along the critical paths.

However, effective heat transfer requires a fine balance between the velocity, pressure, and temperature of the fluid flowing through the heat sink channels. Therefore it’s critical to optimize the inlet and outlet pressures to control the flow rate of the coolant through the heat sink.

There are only a handful of pressure sensor manufacturers in the world producing instruments capable of reliably performing the task. Manufacturers are chosen to supply pressure sensors to development teams across the globe because of their accurate and consistent performance.

The test results these quality sensors record are used to plot the maximum and minimum pressures at different volumetric flow rates, allowing different flow channel designs to be compared.

As defined in Bernoulli’s Equation, where velocity squared varies inversely with pressure, the pressure drop increases quadratically as the volumetric flow rate increases.

For this reason, engineers opt for wider channels with allow flow rate and more passes over the battery, thereby optimizing the heat transfer from the cells to the heat sink.

So, largely thanks to accurate pressure measurements during the development phase the heat dissipated through forced convection has significantly improved the safety, reliability and cycleability of Li-ion batteries.